More and more people have been using true 64-bit operating systems allowing us to use all benefits of modern 64-bit CPUs. Software developers, from their side, should also meet the expectations of end users and provide them with quality 64-bit applications. Grid components are an essential part of most user interfaces, and thus many developers are searching for a good 64-bit OCX grid.

We are often asked whether our iGrid OCX grid can be used for 64-bit application development. This question can be considered from two points of view: (1) whether iGrid is a true 64-bit OCX and (2) can iGrid work in 64-bit versions of Windows when it is used in legacy 32-bit applications. Comprehensive answers to both questions are below.

A short answer to this question is "no, and it will never be so because of the development environment". 10Tec iGrid was designed and released in Visual Basic 6 in far 2000, and the development environment remains the same. VB6, or the classic VB, can produce only 32-bit executable code. It is a real problem for all developers using VB6, and nobody provided a solution to this problem yet.

The only promising project that could help is RAD Basic. We are staying in contact with the lead developer of RAD Basic and are waiting for early releases of the RAD Basic Compiler that should compile existing VB6 projects into true 64 bit code. If it becomes possible, it will help all developers still using VB6.

You can also read the related discussion on StackOverflow we instantiated trying to find a way to recompile VB6 source code for 64 bits:

How to recompile ActiveX grid control (VB6) as 64-bit OCX?

Despite the fact that iGrid OCX is a 32-bit OCX, this control is constantly being supported by us. We are always testing it in every new release of Microsoft Windows, especially in the 64-bit editions. Our customers and we can prove that this OCX grid works without any problems in traditional 32-bit apps all modern 64-bit versions of Windows including Windows 7, Windows 8 and Windows 10: 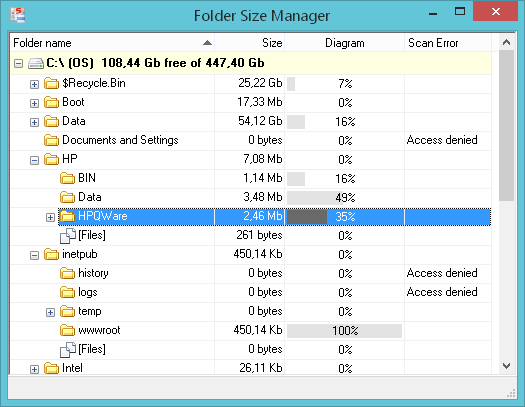 While supporting iGrid, we check not only its compatibility with 64-bit versions of the OS, but we try to keep its interface and functionality modern too. For instance, latest versions of Microsoft Windows provide us with good interface enhancements like visual styles. Our OCX grid control automatically uses the OS visual styles in its constituent elements like column headers and scroll bars, so you have the same look-and-feel of the standard OS applications like the Windows Explorer. If you compare iGrid to other well-known grid controls like Microsoft FlexGrid OCX, you will see that those controls were abandoned many years ago and they do not support these advanced OS features.

What about Microsoft Office, both 32-bit and 64-bit one?

Actually we answered this question above. If you or your users are using a 32-bit version of Microsoft Office, you will have no problems with iGrid OCX in Office solutions - even if the 32-bit Office is used in 64-bit Windows.

If you have no choice but to use a 64-bit Microsoft Office, 32-bit iGrid OCX will not help you. But in this case we can provide you with an alternative control that can help you to do more than iGrid OCX. It is iGrid for .NET you can use to create excellent Office solutions with the Visual Studio Tools for Office technology (VSTO). If you are interested in VSTO and .NET, read the following introductory article on our website:

If we look at the problem of the 64-bit OCX grid control from all points of view and analyze what the market can offer (we mean both free and non-free grid products), we may come to a conclusion that most grid controls remain 32-bit and most likely we will never see their native 64-bit implementations. Thus, if we need to write an app that uses OCXs and can work both in the 32-bit and 64-bit editions of Windows, perhaps, the smartest choice is to use a 32-bit OCX grid that is still supported, has no compatibility issues with 64-bit Windows and implement main modern OS features like visual styles. 10Tec iGrid OCX is one of those few products.