The problem: MS Access comes without a built-in grid control

The Microsoft Access development environment comes with a good set of intrinsic form controls such as ListBox and ComboBox, but you will not find a grid control among them. The MS Access grid control (DataGrid) used to browse MS Access tables and query results can be inserted as a grid control into forms using subforms (visit the link Microsoft DataGrid Control - interactive grid on a form to find out more). But this MS Access DataGrid is always data-bound and cannot give you great flexibility, especially if you need a user-friendly unbound grid in your interface. 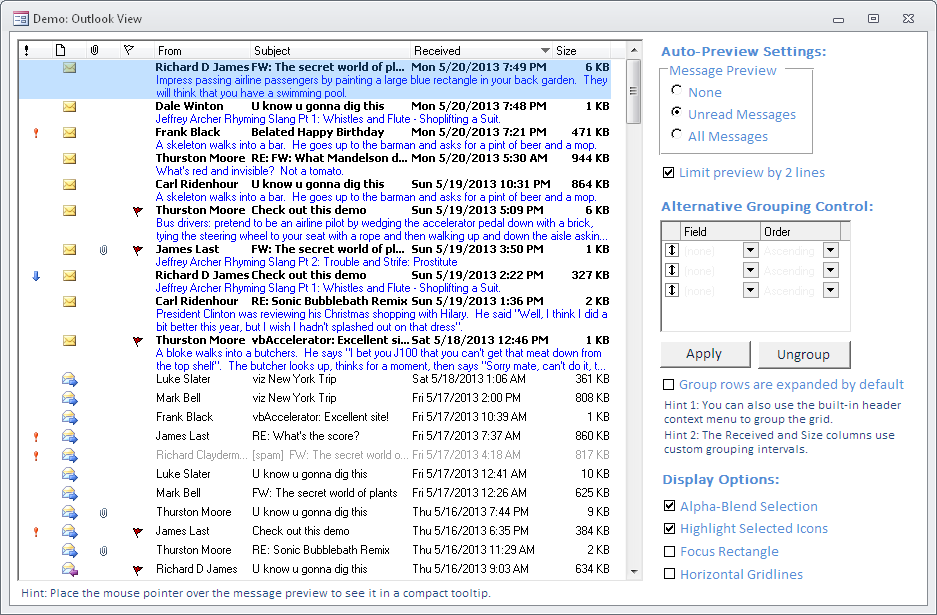 We and our customers, who are using our grid control in MS Access, find the following features of 10Tec grid the most useful in this development environment: 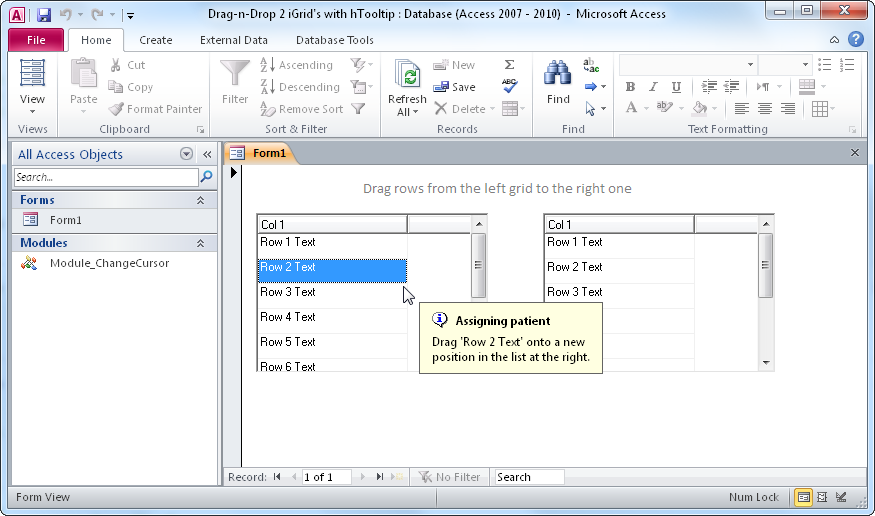 Many developers know that the ListView control from the MS Common Controls pack (MSCOMCTL.OCX) can be used to implement something similar to an unbound grid on MS Access forms. Even if the ListView ActiveX is put into report mode to emulate tabular data view, it has a lot of restrictions.

First of all, it is not an editable grid control. The next significant disadvantage of ListView, if we consider it as a candidate for MS Access grid control, is that ListView does not implement built-in sorting and grouping. ListView also has a series of small but annoying drawbacks like slow performance on big amounts of data and flickering (you can find out more about this in our article Editable ListView Replacement, iGrid).

If you are going to use ListView as a grid control in Microsoft Access, we strongly recommend that you check all requirements to the functionality of your future grid control and see whether ListView can be really used before you start your development.

Important. The 32-bit version of Office 2010 is the recommended option for most people, because it prevents potential compatibility issues with other 32-bit applications, specifically third-party add-ins that are available only for 32-bit operating systems.

You can discover much more interesting features of iGrid available for you and your users if you use it as an MS Access grid control in the product section on this website: